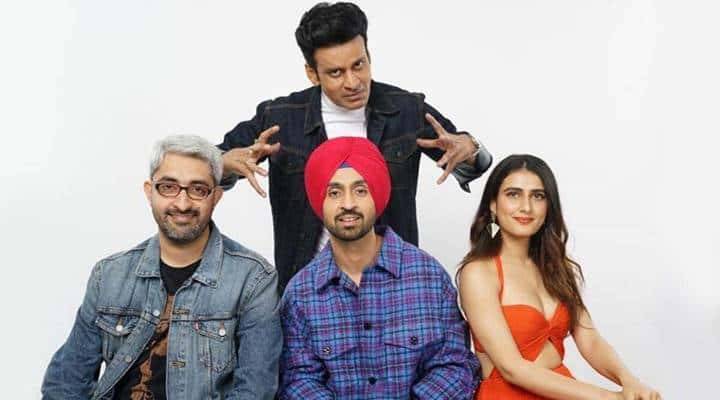 The upcoming comedy flick 'Suraj Pe Mangal Bhari' has finally got its release date. Makers recently announced that Suraj Pe Mangal Bhari would hit the floors on 13 November, 2020. What is even more fascinating is the news of the movie getting a theatrical release as cinema halls are finally all set to open after months of shut down amid the coronavirus pandemic. Along with the information of the release date, makers also shared a new poster of the film. The interesting poster features the title of the movie in the centre along with the names of the cast and crew of the movie along the borders. The poster happens to match the title of the film 'Suraj Pe Mangal Bhari' as the background of the poster is an appealing image of the Indian horoscope. The upcoming movie happens to be a family drama full of comedy and entertainment.

Suraj Pe Mangal Bhari features an ensemble cast of Manoj Bajpayee, Diljit Dosanjh, Fatima Sana Shaikh, Rohit Roy, Annu Kapoor, Vijay Raaz and other actors. The movie is helmed by Abhishek Sharma and jointly produced under the banners Zee Studios and Essel Vision Productions. Suraj Pe Mangali Bhari happens to be a social satire set in the 1990 era wherein the background check of the life and personality of grooms is done physically by hiring detectives. Manoj Bajpayee essays the role of Suraj Mehra, a marriage detective who keeps an eye on the grooms due to the absence of mobiles and social media during that era. As of now, Suraj Pe Mangal Bhari is the only movie to release amid the occasion of Diwali.