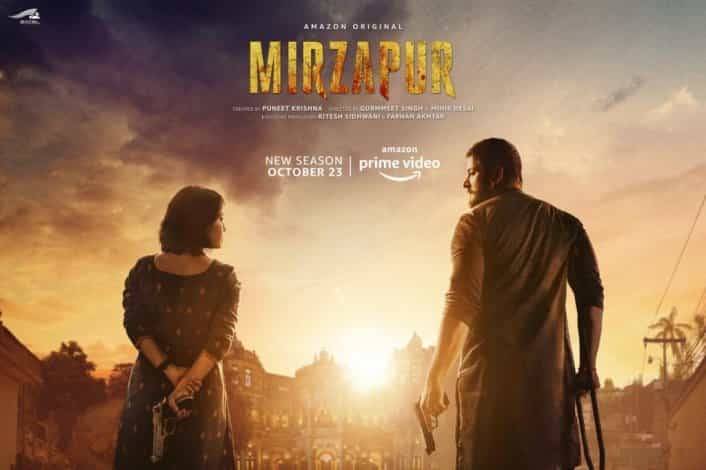 The popular action crime thriller television web series 'Mirzapur' has continued to win hearts of people ever since the series released in 2018. Gaining widespread acclamation and appreciation, the web series etched a place in people's hearts while the wait for the next series begun. However, the wait has now ended as makers have released the trailer of Mirzapur 2. The first trailer of Mirzapur 2 has finally been revealed, giving fans a sneak peek into the upcoming second instalment of the web series. While the first season of Mirzapur ended with bloodshed and murders with Vikrant Massey's character Bablu Pandit and Shriya Pilgaonkar's character Sweety Gupta getting killed, fans have been waiting for a long time now to know the fate of others in the series. The first season ended with fans being left in a pool of emotions, suspense and anticipation of what would come in the next season.

The trailer of Mirzapur 2 gives the right chills leaving suspense for what would follow next. The trailer displays the aspects of politics, crime and revenge being on a high in the next season. While the cast and crew of Mirzapur have excitedly revealed the trailer of the upcoming Mirzapur 2, fans have been unable to control their happiness and anticipation amid the trailer release. Shot in Mirzapur, the web series has emerged as popular and one that has been loved by one and all. Mirzapur is scheduled to release and premiere on Amazon Prime from 23 October, 2020 onwards. The web series is directed by Karan Anshuman, Gurmmeet Singh and produced by Excel Entertainment. Mirzapur features Pankaj Tripathi, Ali Fazal, Divyendu Sharma, Vikrant Massey, Rasika Dugal, Shriya Pilgaonkar, Kulbhushan Kharbanda, Vijay Varma, Shweta Tripathi, Rajesh Tailang in prominent roles alongside other actors.