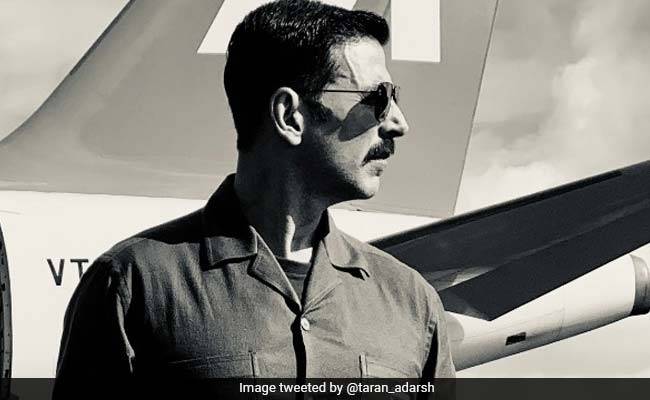 The shooting of the upcoming spy thriller movie 'Bell Bottom' has been completed amid the current coronavirus pandemic. While the cast and crew of the movie have wrapped up the shoot, Bell Bottom has emerged as the first movie in the entire world to commence and complete the entire shoot amid the pandemic. Apart from the exciting news of completion of the filming, a poster was also revealed by makers of Bell Bottom. The new poster features Akshay Kumar, who essays the prominent role in the film, in a rather dashing look, donning a smart suit, black shades with a black bag in his hand. The filming of Bell Bottom has been carried out at Glasgow, Scotland with the movie also being the first Indian film to start and complete shoot in an international location.

Bell Bottom features an ensemble cast of Akshay Kumar, Vaani Kapoor, Huma Qureshi, Lara Dutta in prominent roles. The film is helmed by Ranjit M Tewari and produced jointly by Vashu Bhagnani, Jackky Bhagnani, Deepshikha Deshmukh, Monisha Advani, Madhu Bhojwani and Nikkhil Advani. Makers of Bell Bottom are aiming for a theatrical release on 2 April, 2021. The story of Bell Bottom is loosely based on the forgotten warriors of the country, set in the 1980 era. Akshay Kumar is all set to portray the lead role in the film as a RAW agent. The entire crew of Bell Bottom have shared the good news with fans, while Akshay Kumar has also lauded the team work of the entire team. Huma Qureshi also praised the entire team stating that shooting a film amid the pandemic felt impossible, while Vaani defined the same as the smoothest production. Fans have been anticipating and awaiting the release of the spy thriller, Bell Bottom.