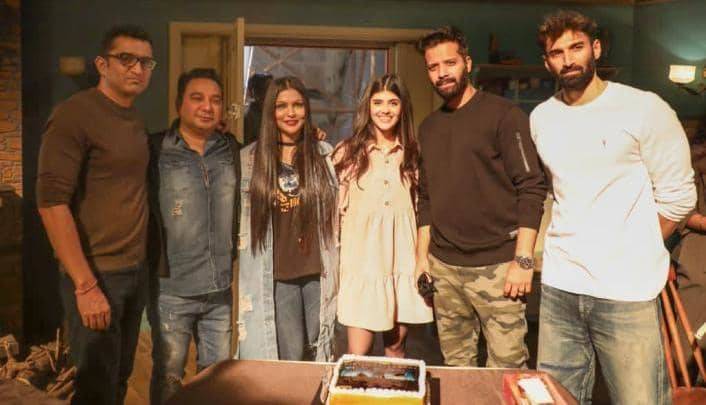 Sanjana Sanghi and Aditya Roy Kapur have been cast opposite each other for their next 'Om: The Battle Within'. The duo is all set to weave magic on screens for the first time together, following which fans are anticipating the movie's release. However, fans will be delighted to know that makers of Om have taken the first step towards delivering the movie early. Makers commenced the shoot for the upcoming movie on 3 December, 2020 i.e., today. Sanjana Sanghi and Aditya Roy Kapur have tied their laces as the shoot of the film went on the floors today. Om: The Battle Within is helmed by Kapil Verma and will be jointly produced by Zee Studios, Ahmed Khan and Shaira Khan. Om will be Sanjana Sanghi's second movie after she made her debut with the 2020 hit 'Dil Bechara', while Aditya Roy Kapur last featured in the 2020 movie‘Ludo’ which was released on Netflix.

Om is all set to be an action-packed entertainer, featuring Aditya Roy Kapur and Sanjana Sanghi in prominent roles. A few photos from the shoot featuring the actors and the makers have also been released. Fans are extremely excited by the pictures that are doing rounds on the internet. Besides, the team of Om also took to their social media to share the good news and images, expressing their happiness and excitement towards the upcoming film. Reports suggest that the shoot for Om will commence in three cities in India. It has also been reported that the team will move to an international location as well for the shoot. Ever since the movie was announced, fans have been extremely excited to watch the movie and above all, witness Aditya and Sanjana share screen space for the first time together.