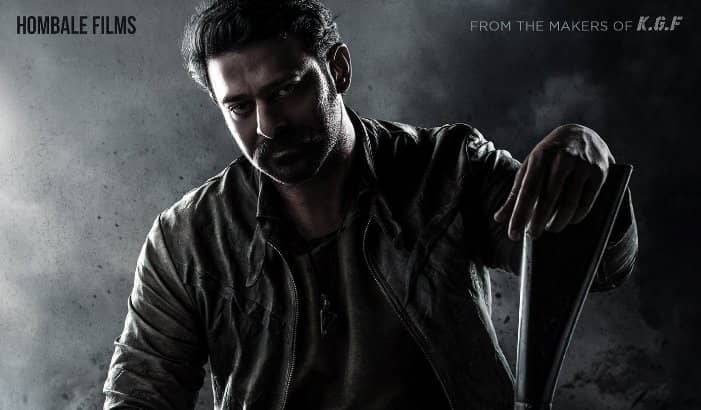 Baahubali fame Prabhas has tied his laces now as the actor is loaded with a number of movies like Adipurush and Radhe Shyam. While the actor already has two movies in hand, another one has been recently announced. Fans are unable to control their excitement after the announcement of Prabhas' new movie titled 'Salaar'. For his new venture, the Baahubali actor has joined forces with Prashanth Neel who is recognised for directing KGF. Salaar is set to be a pan-Indian action thriller movie with Prabhas portraying the prominent role of a character known as Salaar. Reports suggest that Prabhas will essay the role of an intense, violent man and will feature a brand-new hairstyle. Salaar is helmed by Prashanth Neel and will be produced under Vijay Kiragandur's production banner Hombale Films.

Makers of Salaar also released a first look poster of the movie featuring Prabhas. The poster happens to be an intense, extremely dark one with Prabhas sitting in a serious position holding a gun under his arm. The actor can be seen wearing minimal clothing and a jacket, sitting in front of a dark background. The poster also features the tagline 'The most violent men.... called one man.... the most violent'. The tagline suggests that the actor will essay a very violent role while the movie is going to be an entertainment-packed, action thriller movie. The director was quoted expressing his excitement for his collaboration with Prabhas as he believes that Prabhas will feature in a never seen before avatar in the movie Salaar which will be loved by the audience. The director reportedly mentioned that the movie will be bigger than one anybody has ever seen. Besides, Prabhas also mentioned that the opportunity is an exciting one for him.