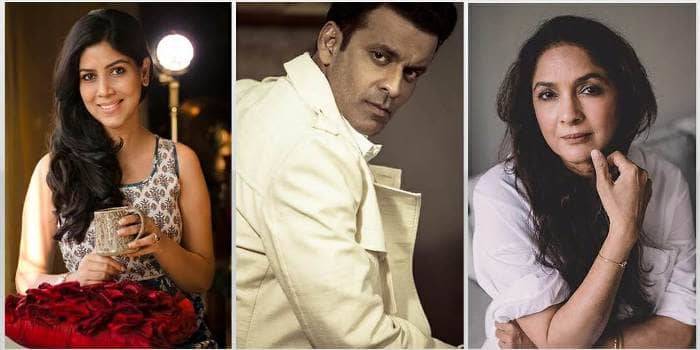 Sony Pictures new collaboration titled 'Dial 100' has gone down the floors today leaving the audience in anticipation. Dial 100 is directed by Rensil D'Silva and jointly produced by Sony Pictures Films India, Siddharth Malhotra and Sapna Malhotra. Dial 100 is all set to be a suspense thriller, featuring Manoj Bajpayee, Neena Gupta and Sakshi Tanwar in prominent roles. While the new collaboration of Sony Pictures with Rensil D'Silva is geared up to be an entertainment package full of suspense and thrill, the team of Dial 100 has commenced the shoot for the movie today. The upcoming movie 'Dial 100' will revolve around the lives of people and the various aspects of relationships that people share with each other in their day to day life.

Siddharth Malhotra, the producer of the upcoming movie expressed his excitement regarding the same, describing the film as a 'gripping thriller'. He took to his official social media account to announce the names of the cast and team members along with which he also mentioned that the movie is a special one for him as his emotions are attached with the same. The producer reportedly suggested that Dial 100 is all set to portray a relevant story of trust, togetherness, friendships and relationships. Apart from this, Manoj Bajpayee also expressed his excitement regarding the movie along with praising the drama and suspense in the movie. In fact, the entire cast of the upcoming movie 'Dial 100' is extremely excited and happy regarding the same. While the audience is awaiting more details and the release of the upcoming film, fans are extremely thrilled and in anticipation to witness the amazing actors Manoj Bajpayee, Sakshi Tanwar and Neena Gupta on the big screen together for the first time.