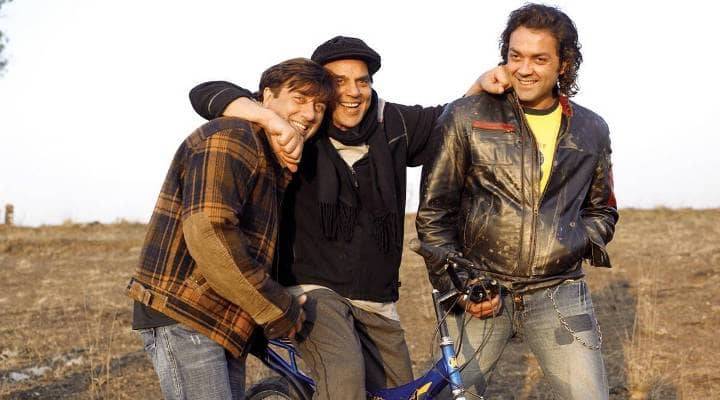 'Apne', the 2007 Bollywood sports movie won the hearts of fans all across the country and the world as the Deols weaved their magic on screens. While Apne was received with open arms by the audience, it was the Deols whose amazing performances grabbed all the eyeballs. While fans still enjoy the 2007 movie, another news revolving around Apne has taken the audience by storm. The Deols are all set to return with a sequel to 'Apne' titled as 'Apne 2'. The information regarding the new movie is doing rounds among fans, however, what is even more interesting is the fact that this new film will feature all the three generations of the Deol family together in prominent roles for the first time. Dharmendra and his sons, Sunny Deol and Bobby Deol had featured in the 2007 movie 'Apne', however this time Sunny Deol's son Karan Deol is all set to join the Deol family in the sequel.

'Apne 2' is helmed by Anil Sharma, the director of the prequel 'Apne' and bankrolled by Deepak Mukut. In regards to the movie, Karan Deol mentioned feeling extra special as the film will feature three members of the Deol family. On the other hand, Sunny Deol was also reportedly quoted expressing his happiness as he mentioned feeling blessed regarding Apne 2. Sunny is elated to work with his father and brother for the second instalment and with his son for the first time. Apne 2 is slated to hit the theatres next year, 2021 around the occasion of Diwali. Apne featured the Deols along with Katrina Kaif, Shilpa Shetty, Kirron Kher, emerging as a successful and loved movie. Apne was based on the sport 'Boxing' with Dharmendra, Sunny and Bobby essaying the roles of boxers from one family. The breaking news regarding 'Apne 2' has come across as a big surprise among fans who are now anticipating a chance to witness their favourite stars together on the big screen once again.