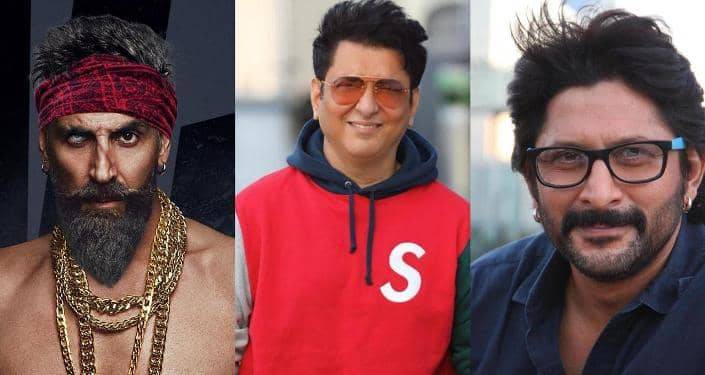 Bachchan Pandey, the upcoming Bollywood action film has garnered tremendous popularity and anticipation ever since it was announced. Bachchan Pandey is helmed by Farhad Samji and bankrolled by Sajid Nadiadwala. The upcoming film is all set to feature Akshay Kumar opposite Kriti Sanon, following which fans have been awaiting to witness the movie on the big screens. Bachchan Pandey was initially scheduled to hit the big screens on 25 December, 2020 however the makers later postponed the release date. While fans have been anticipating for more details and news regarding the movie, makers have revealed an extremely exciting detail. The movie has now roped in Arshad Warsi to portray the role of Akshay's friend in the film. Arshad will be given a special look with multiple shades, as per reports. What is even more interesting is the fact that Bachchan Pandey will feature Akshay Kumar and Arshad Warsi together for the first time on screens.

According to reports, Akshay Kumar will be seen portraying the role of a gangster who dreams of becoming an actor, while Kriti Sanon will be seen portraying a journalist who aspires to be a director. Arshad Warsi who has recently joined the team is all set to play a friend to Akshay's character in the film. On roping in Arshad for the movie, makers were reportedly quoted saying that they needed an actor who could match the comic timing of Akshay Kumar in the movie following which they chose Arshad who has aced the comedy aspect over the years. While Akshay and Arshad are all set to weave their magic on screens for the first time together, fans are unable to control the anticipation of witnessing the fine performances in the film. More details of the movie are yet to be revealed, however, reports suggest that another actress would probably join the cast of Bachchan Pandey. The filming will reportedly commence next year in January at Jaisalmer and places like Gadisar Lake and Jaisalkot.