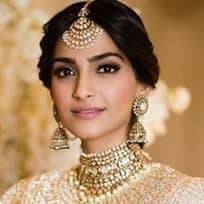 Sonam Kapoor was born in the Kapoor family in Chembur, Mumbai, Maharashtra on 9th June 1985. She is the daughter of father Anil Kapoor he is a well-known actor of his time and mother Sunita Kapoor she was ex-model and costume designer in films. She has a younger sister Rhea Kapoor she is a director and has a younger brother also Harshvardhan Kapoor he is recently has started his career with a movie based on the story of Mirzya Saiban. She is basically from North India but because her family is settled in Mumbai she has been there for decades. It was said that in the starting of her career she was in a relationship with Ranbir Kapoor. They started their career together with Saawariya movie (2007). Then she was seen with Sahir Berry who is businessman and model.

Sonam has completed her primary and secondary education from Arya Vidya Mandir school, Mumbai and then joined United World College of South East Asia, University of London. Sonam Kapoor Latest News - Sonam has done many movies and earned much money she has a net worth of $244,000 and takes 2-3 Crores for a movie and Rs. 25 lakh - Rs. 50 lakh (per day) is her Endorsement Fee. She also loves cars and she has an Audi Q7. Sonam started her career with Ranbir Kapoor in Saawariya which was a disaster at box office. But she received a Filmfare Award for Best Female Debut nomination. Then after that, she was seen in Delhi 6 in the opposite of Abhishek Bachchan which was also flop. Then she did I Hate Love Storys with Imran Khan and it was her first commercial success and earned almost 722 million, Then she was seen in Aisha and Thank You. After doing Raanjhanaa in 2013 her career turned well from. Her acting in that movie was highly praised and appreciated. Then she also did Bhag Milkha Bhag which was also a blockbuster at the box office. Recently she was seen in Neerja 2016. She was also featured in Coldplay's music video Hymn Of The Weekend.

Sonam now working on some projects like Veere Di Wedding and the lead role in the biography based on the life of Sanjay Dutt and she has also signed an R. Balki's movie in the opposite of Akshay Kumar. She once called Aishwarya Rai "Aunty" while shooting L'Oreal and also called Katrina Kaif Shameless. She also had a verbal fight with Abhay Deol during the shooting of Aisha. She had 90 Kgs weight before her debut in Saawariya and she lost 30 Kgs for it. She worked as an assistant director for Sanjay Leela Bhansali for the movie Black in 2005. She is good at dancing also she has learned Kathak, Classical and Latin Dance also. She owns watches like Cartier, Breguet, and Bvlgari which are highly expensive. Actors like Arjun Kapoor and Ranveer Singh are her cousin brothers.She is very close with her friends like Rani Mukerji and Dhanush. Her favourite actor is her own father Anil Kapoor.