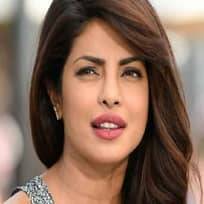 Priyanka Chopra is India's one of the biggest actress and was born in the family of physicians on 18 July 1982 in Jamshedpur, Jharkhand. She is now 34 years old with a height of 5'6'' long and she has a fair complexion which is impressive for the Indian audience. Her hometown is Bareilly, Uttar Pradesh but now she has moved to Green Acres at Lokhandwala complex, Andheri, Mumbai. Priyanka's father Late Ashok Chopra was a Physician in Indian Army and her mother Madhu Chopra was also a Physician in Indian Army. Siddharth Chopra is her younger brother. Priyanka completed her primary and secondary education from La Martiniere Girls School, Lucknow, St. Maria Goretti College, Bareilly, Newton North High School in Newton, Massachusetts, John F. Kennedy High School in Cedar Rapids, Lowa, Army School, Bareilly and she passed 12th from Jai Hind College and Basant Singh Institute of Science, Mumbai. Priyanka Chopra Latest News - Priyanka is a very famous actress and takes up to 9-10 Crore for a movie and $4 Million for a TV show she is doing in Hollywood. And she must be having $32 Millions of net worth. As she is famous her affairs and relationship are also known to media.

From the starting of her career, she was with Aseem Merchant who was a model then Akshay Kumar then Harman Baweja who is also an actor. Then her name was joined with Shah Rukh Khan and then with Shahid Kapoor also. She is very glamorous and loves to show off her achievements, she has a huge collection of luxury cars such as Rolls Royce Ghost, Porsche Cayenne, Mercedes-Benz E-Class and BMW 7 Series and much more. After winning Miss World she was offered movie by Abbas-Mustan known as Humraaz in 2002 and its seems to be it didn't work between them and she was not cast for the movie soon. Then she was first debuted in Tamil movie Thamizhan in 2002.

Then in 2003 in Hero and then Andaaz and she won Filmfare Award for Best Female Debut for it. Then she appeared with Salman Khan and Akshay Kumar in Mujhse Shaadi Karogi and in Aitraaz with Kareena Kapoor. And she won the Filmfare Award for Best Performance in a Negative Role and she was the second young actress to win that award after Kajol. Her acting in Barfi and she won National Award for it. Due to her father was a part of the military they used to transfer for different places such as Ladakh, Pune, Ambala, Bareilly, Lakhknow, Delhi, Chandigarh, and Mumbai. After her 12th she participated in a local beauty contest of her area called May Queen and she won the contest. When she was 18 years old she won the Femina Miss India Contest in 2000 where Shah Rukh Khan was one of the judges of that contest, While shooting Bluffmaster, Abhishek Bachchan gave her this name Piggy Chops which is now her nickname. Parineeti Chopra and Meera Chopra and Barbie Handa are her real cousin sisters who are also actresses.