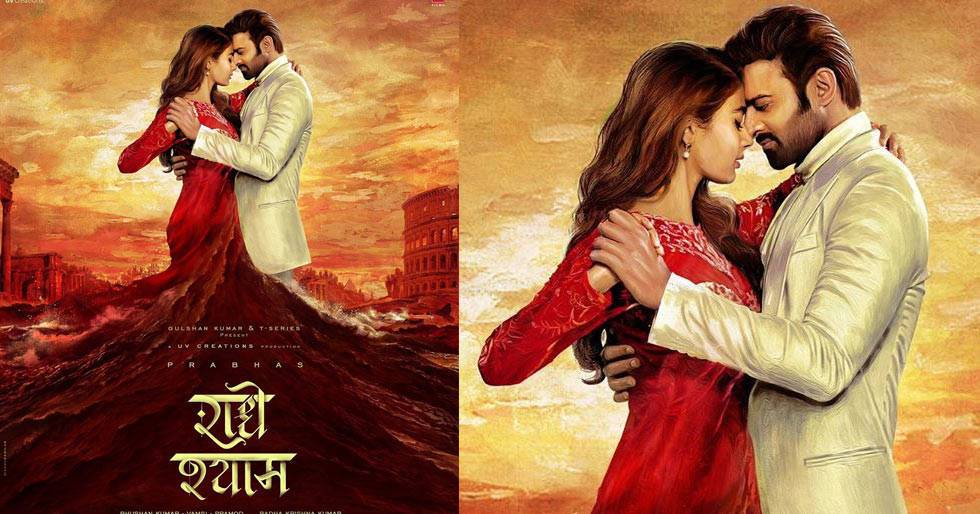 Prabhas’ 41st birthday is just round the corner but surprises for the actor have already started to pour in. However, the surprise planned for the actor and his fans by the makers of his upcoming film ‘Radhe Shyam’ has been doing rounds on the internet. The first look of Prabhas portraying the role of character ‘Vikramaditya’ in Radhe Shyam has been revealed following which fans are left in awe of their beloved actor. The first look of Prabhas comes after makers had announced of an upcoming surprise a few days ago. While fans were in anticipation of what the surprise would be, makers revealed the same on 21 October as they could not wait until Prabhas 41st birthday, on 23 October. The new poster which has been revealed features Prabhas in a ravishing look donning a purple tee with a blue coat, black jeans and shoes. The actor can be seen leaning on a pretty green vintage car among many other beautiful cars. Apart from this, the background of the poster happens to be a beautiful location of Italy. Following the release of the new poster, there have been numerous speculations that the theme of the upcoming movie might be based on reincarnation as the first poster released featured Prabhas and co-actor Pooja Hegde in a retro look, while the latest one has Prabhas donning a modern look.

Radhe Shyam happens to be an upcoming romantic period drama set in the 1970s helmed by Radha Krishna Kumar, produced jointly by T-Series and UV Creations and presented by Krishnam Raju. The movie features Prabhas and Pooja Hegde in lead roles, alongside actors Bhagyashree, Sachin Khedekar, Priyadarshi Pulikonda, Murali Sharma, Kunaal Roy Kapur and others. The filming of Radhe Shyam had been commenced in Hyderabad, Italy and Georgia however, the same was suspended amid the COVID-19 pandemic. Shooting of the film has commenced again in Italy, while reports suggest that the movie will hit theatres in 2021, simultaneously in Hindi, Telugu, Tamil and Malayalam.