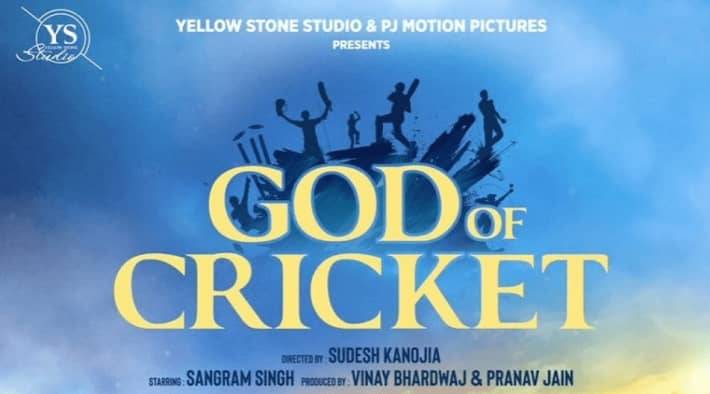 Cricket fans worldwide are waiting on tenterhooks to catch a glimpse of the hotly-anticipated Bollywood biopic God of Cricket that is set for release in April after several delays to its original planned release date.

God of Cricket is an upcoming Bollywood sports film about the life of one of the world’s greatest ever cricketers, Sachin Tendulkar. Tendulkar is not only one of the finest batsmen India has ever produced but arguably the best batsman the world has ever seen.

Even though he retired from international cricket in 2013, at the tender age of 40 no less, he still holds the record for most runs scored in Test matches and One-Day Internationals. He has scored more Test centuries than anyone else in history, has scored the most runs in Cricket World Cups and has played more Tests than any other human alive or dead.

Due to his unmatched exploits on the cricket field, Tendulkar is a globally revered figure with fans all over the world. In India, well, that’s where the film gets its name from. He is practically worshipped at home.

The reason for this is because cricket is by far the most popular sport in India. In fact, the country generates so much revenue for world cricket that the sport’s governing body in India effectively runs the International Cricket Council and its counterparts from England and Australia. Cricket in India is massive and, for those interested in the sport, there is a list of IPL betting sites where players can follow the games and find tips and odds on cricket betting.

God of Cricket was initially announced in 2019 on Tendulkar’s birthday, a stroke of marketing genius that created an immense amount of hype for the film but, unfortunately, ultimately would end up shooting them in the foot. Due to unforeseen circumstances that made travel and filming very difficult for more than a year, the film was delayed until April 2021.

The film is written and directed by Sudesh Kanojia, with Vinay Bhardwaj and Pranav Jain as the leading producers. It will be entirely in Hindi and stars Sangram Singh in the lead role, which is not Sachin Tendulkar, believe it or not. Breaking from traditional biopic tropes, God of Cricket will tell Tendulkar’s story through the eyes of a fictional character story arc.

Singh, a professional wrestler turned actor, plays a disgruntled teenager that wants to become a hockey coach, despite his parents pressuring him to switch to cricket. He eventually decides to write Sachin Tendulkar a letter asking for advice, and that’s the connection through which the legend’s story is told.

“It will be great to act in a sports-based film as I have been actively involved in sports and motivation. Story of God of Cricket will be an enriching experience with the able guidance of the mentor of the film,” Singh said.

While it is not ideal to have had the film’s release delayed by over a year, there is a silver lining to the whole story. On top of the crowds, the film is likely to draw based purely on the fact that it is about Sachin Tendulkar; the new release date also precedes the ICC Twenty20 International Men’s World Cup being hosted in India and kicks off in October. So cricket fans will be keen and willing to consume as much content as they can as 2021 wears on.