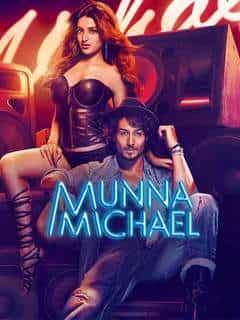 Tiger Shroff in a Dance movie, well there can’t be any other fantastic combination than this. The actor loved for his free flow and exceptionally poised dancing skills is all set to dazzle us more in his upcoming ‘Munna Michael’. The dance action movie is directed by Sabbir Khan and will showcase debutant Nidhhi Agerwal and Nawazuddin Siddiqui in important roles.

The trailer of the movie was released at a launch party in Mumbai where the actor connected with his fans across 5 cities. The trailer starts with a voiceover of the star which talks about his aspiration to dancing like Michael Jackson, to dance like there is no tomorrow. Next, in the trailer, we see Nawazuddin Siddiqui in a gangster look who wishes to learn dance from Munna. The trailer showcases Tiger in a mesmerising dancing avatar and is sure to move all the dancers at heart.

The movie makers introduced an exciting promotion campaign nationwide to unlock the trailer of the movie. Where the lead star of the movie and Bollywood’s youngest heartthrob, Tiger Shroff invited his fans to join him LIVE for the event named ‘M Movement’. The fans and dancers were asked to assemble at a set time at the 5 select venues in five major cities Pune, Bhopal, Hyderabad, Lucknow and Jaipur to dance to the beats of ‘Munna Michael’ to unlock the trailer. With Tiger’s huge popularity among the young dancers and fans, the campaign was a hit and the Tiger’s fans had a memorable experience as they got to interact with the star live.