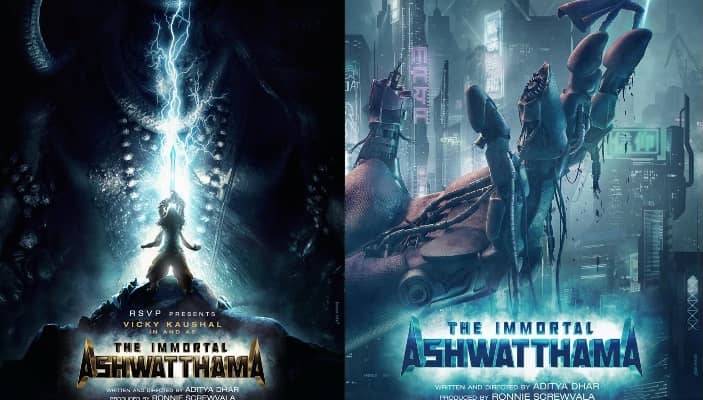 After delivering the 2019 blockbuster 'Uri: The Surgical Strike', the brilliant team is coming back for a new sci-fi thriller movie. That's right, the talented trio, Vicky Kaushal, director Aditya Dhar and producer Ronnie Screwvala have geared up to create another masterpiece. As fascinating as the news is, the movie's announcement has taken social media by storm, leaving fans in anticipation. Titled 'The Immortal Ashwatthama', the upcoming movie is all set to be a period drama film. Interestingly, makers decided to announce the new film on the occasion of Uri's second anniversary.

Apart from the announcement, new first look posters of the movie have also been unveiled. While the posters are unique as well as eye-catching, the movie has already garnered tremendous appreciation from excited fans. One poster displays the character of Ashwatthama stand with a sword amid bright lightning in front of an idol of Lord Shiva. The other poster is as intense as the first one is but looks more like a scientific fictional approach with Ashwatthama holding a sword amid several skyscrapers and huge buildings.

While complete details of the movie have not yet been revealed, makers have confirmed Vicky Kaushal for the prominent role in the upcoming movie. Vicky Kaushal has tied his laces to portray the lead role of Ashwatthama in the film. The movie is all set to revolve around Ashwatthama, the immortal warrior who had an important play in the Kurukshetra War between the Kauravas and the Pandavas. Vicky Kaushal expressed his happiness by referring to the movie as the biggest film of his career. The Uri actor also shared that the movie happens to be filmmaker Aditya Dhar's dream project. While Kaushal is thrilled to begin the new journey, the filmmaker has decided to responsibly recreate the epic story of Ashwatthama. Above all, the Uri team expect that their audience welcome the movie as warmly as Uri was greeted.