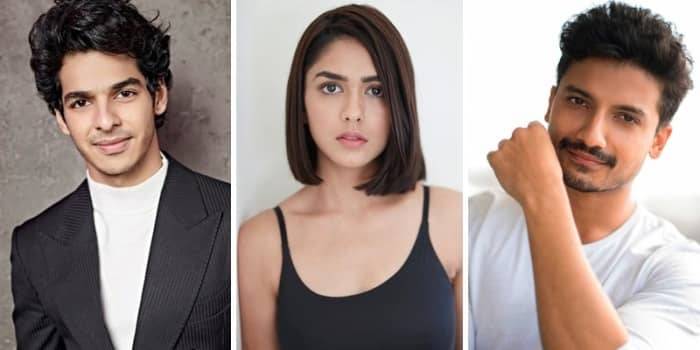 The details regarding the much-awaited star cast of Raja Krishna Menon's upcoming venture titled 'Pippa' has been revealed. Doing rounds on the internet, raising the anticipation level amid fans is the amazing cast that has been roped in for Pippa alongside Ishaan Khatter. Makers have castMrunal Thakur, PriyanshuPainyuli and SoniRazdan. Yes, Pippa is all set to feature the versatile actors in prominent roles. The upcoming film is loosely based on the life of a war veteran, Brigadier Balram Singh Mehta of the 45th Cavalry Tank Squadron. The idea and inspiration for the movie Pippa has been taken from the 2016 book 'The Burning Chaffees', which interestingly has been jotted down by the Brigadier himself. Apart from this, the title of the movie 'Pippa' has been inspired from PT-76, the war tank which was popularly referred to as Pippa. The veteran had contributed to the country as he bravely fought during the Indo-Pakistan War back in 1971. Pippa is helmed by Airlift fame Raja Krishna Menon and produced jointly by Siddharth Roy Kapur and Ronnie Screwvala.

Reports suggest that Ishaan Khatter has geared up to portray Brigadier Balram Singh Mehta in the upcoming movie. An extremely excited Ishaan was quoted expressing his delight of being a part of the movie which has to it attached widespread importance as well as intense magnitude. The actor is extremely privileged on receiving a chance to portray the role of the brave veteran. Apart from this, Mrunal Thakur will essay the role of Ishaan's younger sister in the movie, while PriyanshuPainyuli is all set to portray the role of Ishaan's elder brother. SoniRazdanon the other hand, is ready to essay the role of the mother of the trio. Siddharth, the producer of the movie has also stated his happiness regarding the amazing cast as the makers were rooting for actors who would complement each other perfectly. However, in order to make the family look complete, Siddharth mentioned that the makers have roped in the actors for lead roles in an attempt to give rise to a perfect and believable family.