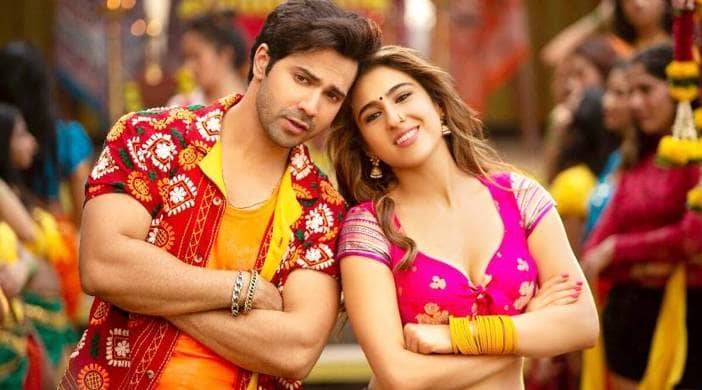 The upcoming Varun Dhawan and Sara Ali Khan starrer 'Coolie No. 1' has another song to its name titled 'Mummy Kassam', that the nation is grooving to at the moment. The new song is sweeping fans off their feet after makers released the song on 15 December, 2020, leaving the audience dancing. Two songs from the movie have already been released. The extremely entertaining song 'Mummy Kassam' features Varun Dhawan and Sara Ali Khan who also play the prominent roles in the upcoming comedy movie. The cheerful and entertaining number has been sung by Udit Narayan, Ikka and Monali Thakur while the lyrics have been jotted down by Ikka and Shabbir Ahmed. TanishkBagchi has composed the track while the choreography has been carried out by Ganesh Acharya.

An excited Varun Dhawan shared the song on his official social media handles and captioned the same as 'Mass Masala'. The actor also shared that performing a shot like 'Mummy Kassam' has been his desire ever since he witnessed Prabhudeva dance in 'Urvashi'. Varun also thanked the choreographer, Ganesh Master as well as the entire team of the song 'Mummy Kassam'. Sara Ali Khan also shared the song on her official social media accounts and dedicated the song for every 'Rassam'.

A remake of the 1995 film titled 'Coolie No. 1', the upcoming comedy movie with the same name 'Coolie No. 1' is scheduled to release digitally on Amazon Prime Video this Christmas. Makers have skipped a theatrical release for the movie amid the coronavirus pandemic. The movie features Varun Dhawan as Raju Coolie, while Sara Ali Khan will essay the role of his love interest. Makers have also roped in actors Paresh Rawal, Javed Jaffrey, Rajpal Yadav, Johnny Lever, Sahil Vaid for important roles in the film. Coolie No. 1 is helmed by David Dhawan and bankrolled by VashuBhagnani. Two songs from the movie titled 'Teri Bhabhi' and 'Husnn Hai Suhaana' have already been released.