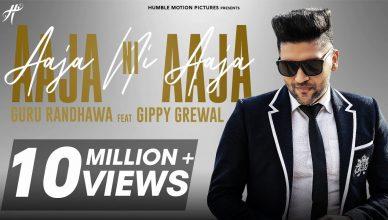 The movie feature the superstar actor of Punjab, Gippi Grewal. In the song, he is a dream of  Pabbi, a  British actress and model. She has worked before in the film ‘Khamoshiyan’ of Bollywood.  Apart from this, Sapna Pabbi has also worked in Anil Kapoor’s I TV series ’24’.

the video showcases the patola star Guru Randhawa’s grand entry, while Gippy is also featured in the frame at some corner. But, what grabs our attention the most is the lady, whose is driving a  whole damn jeep which is really sexy to watch.

Though, The news of her featuring as the lead is not revealed yet, but its safe to assume it is Sapna Pabbi, will mark her debut in Punjabi industry.

Aaja Ni Aaja is composed and sung by Guru Randhawa, while the music is arranged by Kuwar Virk. The song will be released worldwide by Humble Music.Starring Gippy Grewal, Sapna Pabbi and Binnu Dhillon, Mar Gaye Oye Loko is slated to release on 31 August 2018.

Guru Randhawa is on the ride of success venture from giving musical hits in which Bollywood can’t stop tapping their feet on the rhythm. He was currently part of Salman Khan international tour.