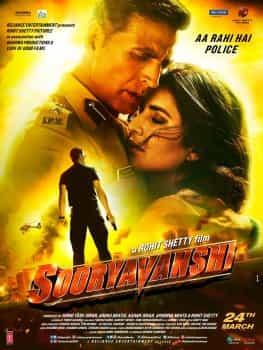 Nawabzaade is a romantic comedy movie that surrounds around three friends. Sharing a brotherhood bond and pictures how they fell in love with the same girl and are giving their all to it to impress Isha Rikhi. But as a twist in the plot Isha Rikhi is one step ahead from their imagination and accepts all of their proposals.

Before the interval, it’s a pretty interesting and full of humour and blockbuster dialogues which makes the audience happy and push them to expect more. But just when the audience expects more comedy and awestruck moments from them the movie takes an unexpected turn and gets into a serious notion.

Knowing the trio of Remo D’suza – Dharmesh, Punit and Raghav Juyal has always been known for their brotherhood bonding with each other on and off stage. And the playful and happy nature which is exactly what shown in this movie.

The movie also have Varun Dhawan, Shraddha Kapoor, Athiya Shetty And Sanjeeda Sheik as in guest appearance. Raghav, Dharmesh and Punit has previously been seen in ABCD and also in ABCD 2 and did a great job with their acting skills. The movie is obviously having a great row of music by Badshah and Guru Randhawa.

The trio does their best to get acknowledgment by Isha and impress her with various dramatic ways which will give the audience a roller coaster of laughter and a great time. But the plots will be twisted by ISHA when she agrees to go out with the three of them at the same time. Overall the movie did a great job with humour, cast, dialogues and characters.

The factor that Nawabzaade And Saheb, Biwi Aur Gangster 3 is clashing in the theaters might get overpowered due to the big star’s (Sanjay Dutt) presence.

Why watch the movie: I’ll just say that if you are looking for a fun filled movie then this is exactly what u are searching for. A romantic comedy movie with a good cast is what I’ll call this movie.