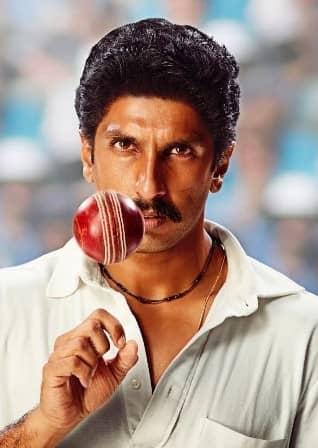 '83' has been the most anticipated film in 2021. The sports film directed by Kabir Khan was released theatrically on 24 December 2021. 83 is a sports film based on the Indian national cricket team led by Kapil Dev and how the mind-blowing team won the Cricket World Cup in 1983. Starring an ensemble cast of Ranveer Singh, Deepika Padukone, Pankaj Tripathi, Tahir Raj Bhasin, Harrdy Sandhu, Ammy Virk, Saqib Saleem, and others, the movie has an estimated budget of approximately 125 crores. The verdict of the film, whether it would stand out as a hit or flop is quite apparent as the movie has already emerged as a super-hit. While the film has won hearts, it has made a good opening of 12.64 crores in the 1st-day collection itself. The release date of 83 has collided with the release of the film 'Atrangi Re' which might have somehow affected the box office collection of 83. According to Box Office India, the film is the second highest-grossing Hindi opener of 2021.