Amitabh Bachchan got safe from the fire on the stage of Make In India Week. If he would have been there for more few minutes then some thing definitely would have happened. After completing his performance, Amitabh Bachchan just sat in his car, suddenly fire was caught on the stage, Big B says that he is safe because of God blessing. Let me tell you, bad fire was caught on Make In India stage, many known personalties were there like Amitabh Bachchan, CM Devendra Fadnavis, Uddav Thakre who are safe. https://twitter.com/SrBachchan/status/698932176616730624?ref_src=twsrc%5Etfw After the incident, Amitabh Bachchan told his fans that he is safe. He Tweets, 'I am safe and well. A providential escape from fire at Make in India event where i had just finished performing.' 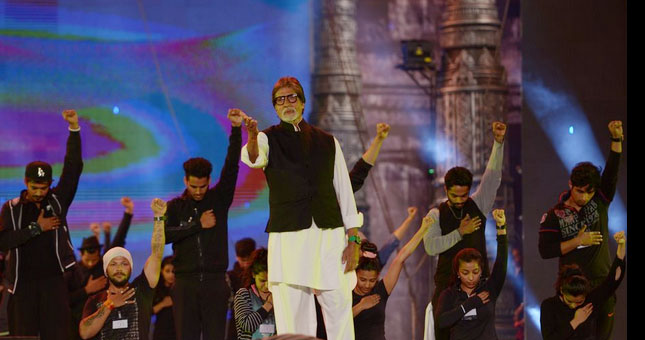 He also tweets, 'But its God's grace that immediate action was taken and the fire brought under control and no casualties !! But frightening.' https://twitter.com/SrBachchan/status/698934073402662912?ref_src=twsrc%5Etfw Here Aamir Khan said that I had to go to the stage for my performance after an hour. he told, 'I was sitting in my Make up van, my performance was an hour later, but I got the news that stage has caught fire, I cam out of my van and saw that the whole stage was covered with fire.' Aamir also told, control on fire was easily done.

Akshay Kumar to star in a Musical Comedy film