Bollywood actress Sonakshi Sinha is very active on social media and keeps giving her updates to her fans and even chats with her fans. During this Sonakshi get angry on some questions and shouts. Something same happened again. Sonakshi got angry when her fan asked her on twitter, 'Sonakshi when will you show us your body? When will you wear bikini.?' 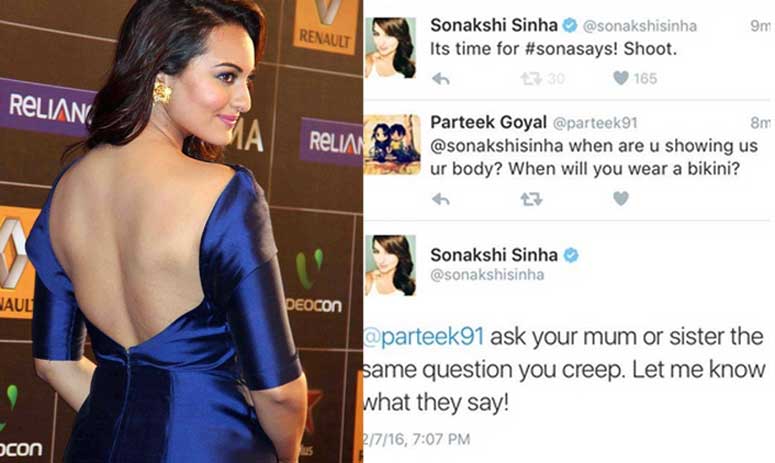 On his Sonakshi replied angrily, 'Ask your mum or sister the same Question you creep. Let me know what they say.' After this Sonakshi deleted her tweet. After this Sonakshi gave the reason and wrote, 'I have deleted my tweet because he had apologised, I hope this is an example for the people, whatever profession women is in, but always respect them.' Sonakshi has given thundered answer before also to her fans.

This Actress gave nude scenes after taking permission from parents