Bollywood's romantic Hero Shahrukh Khan these days in busy shooting for his upcoming film 'Raees'. Shahrukh in Raees will be seen as don. Some photos are out from the set of Raees. In which Shahrukh is looking very attractive. However, Don character is not new for Shahrukh Khan, befoe this she has played the similar role of Don in Don 2. But is 'Raees' SRK is looking very dashing. With Pathani Suit, Beard and Black glasses, he has made audience mad for him. 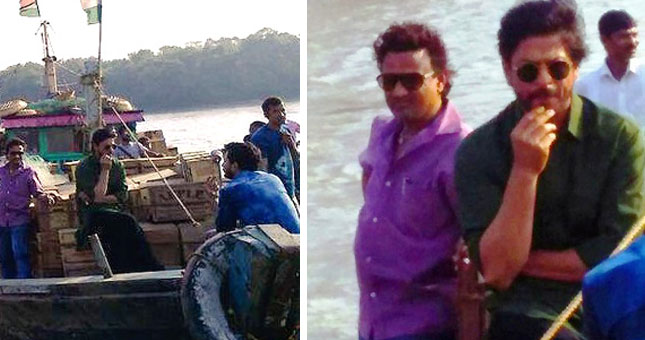 Film 'Dilwale' has made SRK upset, for which he had some conflicts with director Rohit Shetty, SRK is expecting very much from his upcoming film Raees. Raees is directed by Rahul Dholkia and this movie is based on 1980 Gujarat action thriller. Nawazuddin Siddiqui is also in the film and Mahira Khan will also be seen in important role. It's her debut film.

Ranbir can not marry without taking my permission : Deepika Padukone

For how many hours does Alia Bhatt work in a day?