Priyanka Chopra is right now going good in her career. On one hand, where she played then character of Kashibai in her recent released film Bajirao Mastani and impressed the audience and on the other hand she is getting famous Internationally with her American show 'Quantico', for this she even won the People Choice Award. Now Priyanka Chopra will be seen in tremendous police officer character in Prakash Jha's Jai Gangaajal. Trailer of the film has been launched and in this she was seen hitting with hand and legs and also hitting amazing dialogues. City Lights actor Manav Kaul is also in the film. Recently in an interview Manav told some interesting things related to this film. During this he discussed a fight scene, in which Priyanka had to kick him and by mistake Priyanka hits Manav on his neck. 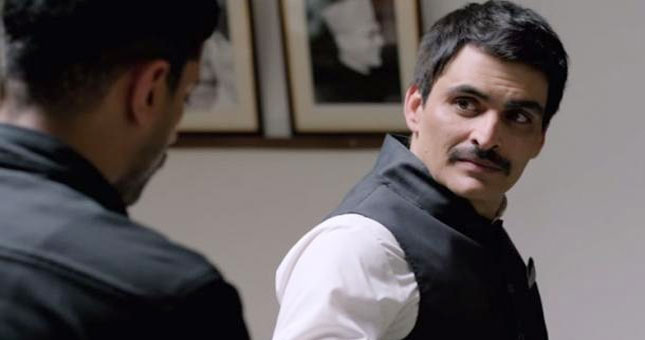 However, both of them were ready for this mistake, but still the kick was to hard for Manav. Priyanka felt very bad for it. When Priyanka after shoot came to Manav and asked if he is okay or not. Priyanka suddenly started crying, so cried so much that no one could control her. Manav also had to come up to make her calm because of this shooting was delay for an hour.

For how many hours does Alia Bhatt work in a day?

Sridevi's Daughter to enter in Bollywood with Karan Johar's film

Trailer of Dangal will release on this date