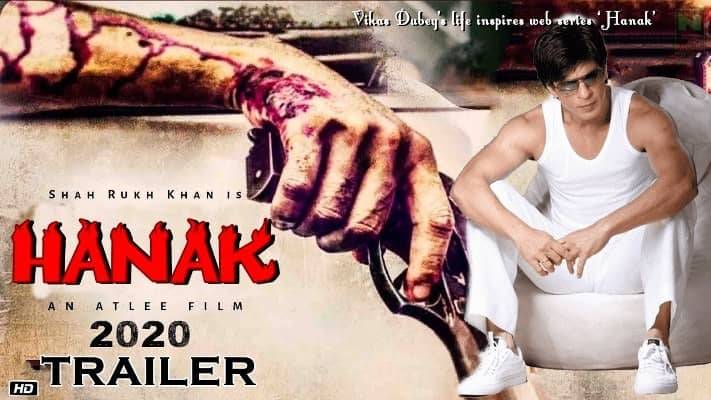 A new upcoming crime drama movie titled 'Hanak' is all set to go on the floors. The upcoming film will revolve around the Indian history-sheeter and gangster Vikas Dubey who was killed this year in an encounter by the Uttar Pradesh Police. Makers have roped in Television actor Manish Goel to essay the role of the recognised gangster Vikas Dubey. Ketaki Pandit Mehta, the Creative Producer of the upcoming crime film was quoted saying that it was a difficult task to transform Manish Goel into a criminal. The Producer mentioned that the team of Hanak underwent hard work to match the actor's look with the gangster as a lot of work has been done on Manish's body language, manners, style and accent. The first look of Manish Goel from the movie has also been revealed, wherein the actor can be seen in a white attire with a long red vermilion on his forehead. The movie Hanak is based on the book 'Mai Kanpur Wala" which has been written by Mridul Kapil.

While Vikas Dubey has been a constant name in the news headlines for quite some time, the announcement of Hanak garnered tremendous appreciation as the audience has been left curious to watch the movie.Dubey's arrest and death by encounter gathered extreme controversy and debates, fans are anticipating to witness the life of the late gangster in the form of a movie. The filming of Hanak went on the floors a few days back, leaving fans in even more excitement and anticipation of the upcoming film.  Reports suggest that makers are planning to release the movie in March, 2021. The cast of the movie commenced the shoot in Bhopal recently. Hanak is helmed by Manish Vatssalya and produced by MohaanNadaar and Amit P Gupta in collaboration.