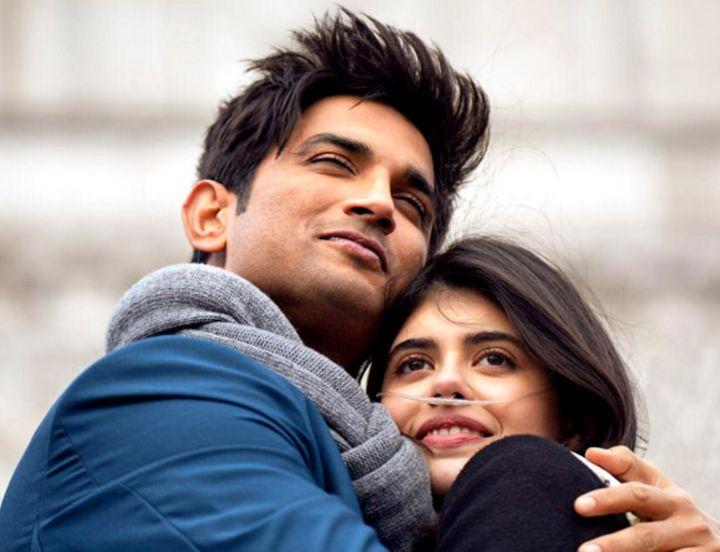 The release of Dil Bechara has imbibed in people a whirlwind of beautiful memories and a hurricane of emotions. The release of Dil Bechara comes shortly after the beloved Sushant Singh Rajput allegedly committed suicide leaving fans in a state of disbelief and shock. The movie has not only been greeted with open arms but has also received widespread acclamation and love from people all across the world. Sushant Singh Rajput's Dil Bechara happens to portray one last glimpse of the late actor's terrific and brilliant performance. The movie has premiered worldwide on Disney+ Hotstar from 24 July onwards. Sushant Singh Rajput has nonetheless weaved his magic in the film, getting the movie a Star Rating of 5 stars.

Plot: Dil Bechara is loosely based on John Green's 2012 novel 'The Fault in Our Stars'. The movie features Sushant Singh Rajput as Manny who portrays a lively Manny who, despite of bearing a false leg and a history of osteosarcoma, lives his life to the fullest. Manny gets attracted towards the calm and composed Kizie, portrayed by Sanjana Sanghi, a thyroid cancer patient who has to haul an oxygen cylinder at all times. The duo bond over their common love for Rajnikanth's movies and an incomplete song by Abhimanyu Veer. The couple eventually fall in love with each other amid shooting for a friend's movie and also take a trip to Paris. Later, it is revealed that Manny's cancer has revived again following which he dies, leaving back a heartfelt letter for Kizie. The movie ends on an emotional note after the film featuring Manny and Kizie is released by their friend in an open-air theatre.

Review: Dil Bechara has left fans with a heavy heart and tears nobody could suppress. Dil Bechara is a beautiful movie, a movie that would remain etched in the hearts of people forever. The lead actors display a brilliant and heartfelt performance. Manny is a lively boy with an evergreen smile and a positive outlook towards life. Besides, Manny has left Sushant Singh Rajput's fans craving for one last glimpse of the late actor's smiling face. Sanjana has rightly justified her debut as a lead actress as her Kizie is subtle yet adorable. The movie features at the same time the threatening nature of diseases, the emotions of love and affinity and the fear of death. While some scenes in the movie happen to be stretched unnecessarily, the movie has been thoroughly enjoyed and loved. Some areas in the movie are over-done yet other areas tend to balance the entire situation.

Direction: Dil Bechara is Mukesh Chhabra's debut as a director who has done justice to every scene and every emotion in the movie. While the movie is a heartfelt one, a few scenes that were present in the original flick have been skipped leaving some disappointed. Many scenes in the movie appear to have been shot in a hurry, while some scenes have unnecessarily been stretched.

Why To Watch: Dil Bechara is Sushant Singh Rajput's last film. Dil Bechara is being referred to as an ode to the late actor who committed suicide on 14 June, 2020. The movie is easily available on Disney+ Hotstar. Debutant Sanjana Sanghi is promising and her performance is winning hearts of fans. The movie will never falter from your hearts and is one that is worthy and adorable. Fall in love with the evergreen smile of Sushant Singh Rajput once again.