Actor of Comedy Night with Kapil 'kiku Sharda is back to the work. However, Kiku last few days were really bad. He got arrested, got bailed and again got arrested, but forgetting all those things he is again back to the work. Kiku has reached Moradabad for him upcoming film '2016 The End'. This photo contain people working in the film and Kiku is seen wearing Hat. 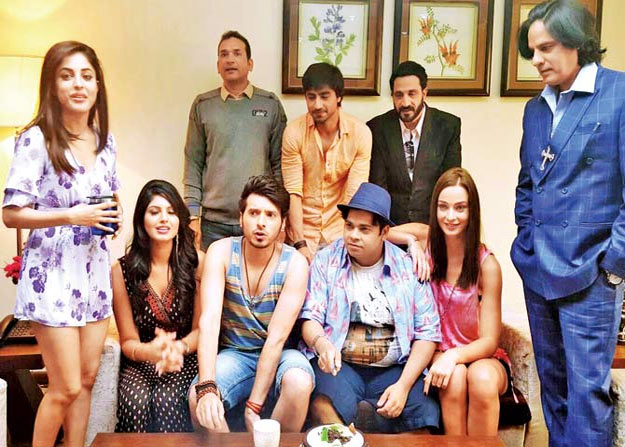 Jaydeep Chopra Directed film has the story of 4 friends, which will have full dose of comedy in it. Let me tell you, Kiku Sharda did mimicry of Gurmeet Ram Rahim SIngh, due to which the case was registered against him and Kiku was arrested for 2 time and finally got released. Harshad Chopra, Divyendra Sharma and actress Priya Banerjee is also in the film.

Full of Comedy & Emotion, "All Is Well"