This time it is not a Khan who has spoken about Intolerance but the Indian filmmaker Karan Johar who spoke about it at the Jaipur Literature Fest yesterday evening. He said, 'Talk about freedom of expression which is the biggest joke in the world and democracy is the second biggest. The Director talking about his biography 'An Unsuitable Boy' which will soon be released. How are we democratic, I am a filmmaker and I feel bound on every level, I feel like there is always some kind of a legal notice awaiting me everywhere I go. He also talked about the relationship with Shahrukh Khan and on Homosexuality and Freedom of Speech. 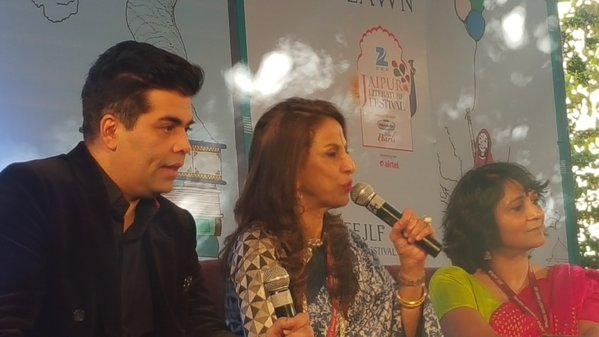 Let me tell you Thursday was the first day of Jaipur Literature Festival. On the issue of Intolerance many people who returned their award raised their voice and many more writer supported them. On this senior writer Ruskin Bond says to the writer that with this only intolerance increases. When Shahrukh Khan and Aamir Khan talked about the Intolerance then, many organisation and people started opposing them. WIth this his film Dilwale got effected.

Get ready for the biggest film of Indian cinema by S.S. Rajamouli

Vivek Oberoi will be seen in No Smoking Ad