Well known music director-singer Himesh Reshammiya is trying to set himself as hero in Bollywood. His few films have been released but no of his film was successful in terms of Box office collection. Soon his one more film is releasing, which title is Tera Surroor, it's trailer is releasing today and this is first look poster. In this he is seen aiming the gun on his head. 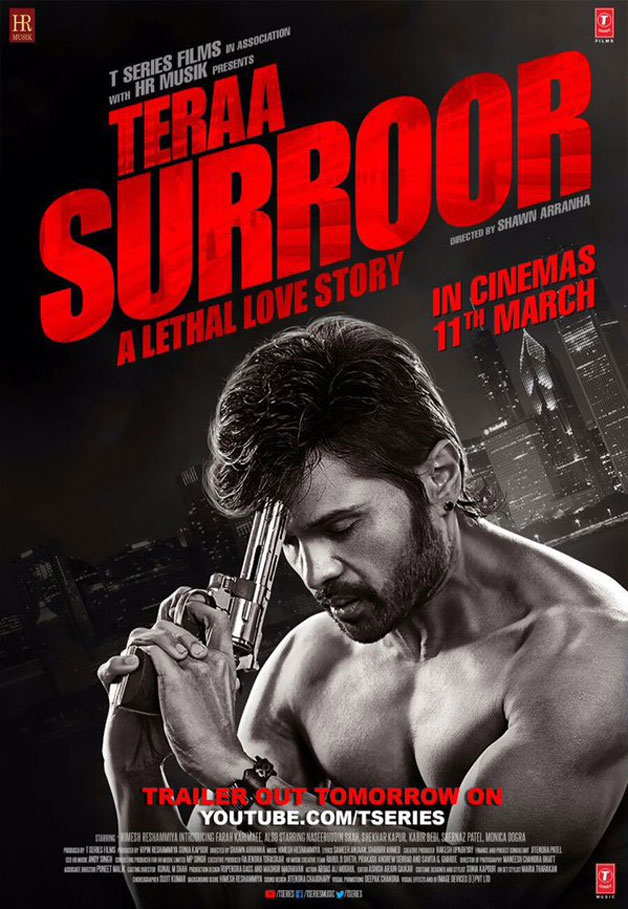 Taran Adarsh Tweets, 'T-series and HR music film Tera Surroor trailer will release on thursday. According to the information, Himesh will be seen as Gangster in the film, This film is releasing on 11 March.

Ramcharan is learning Japanese Marshal Art for the film Dhuva

Dadi and Guthi got a Legal Notice

Salman and Anushka will today reach Delhi for Sultan Shooting

Clash Between Rustom and Mohenjo Daro at the Box Office