Ranveer Singh fashion Funda is entirely different. Ranveer this time has came in some new look, which will shock you. Ranveer will be seen wearing Septum ring on a cover page of a magazine. Let me tell you, he is seen in different roles many times. He was bald for his movies Bajirao Mastani and grown up his moustaches. Now Ranveer Singh in L. Official names magazine of February rank will be seen wearing septum. 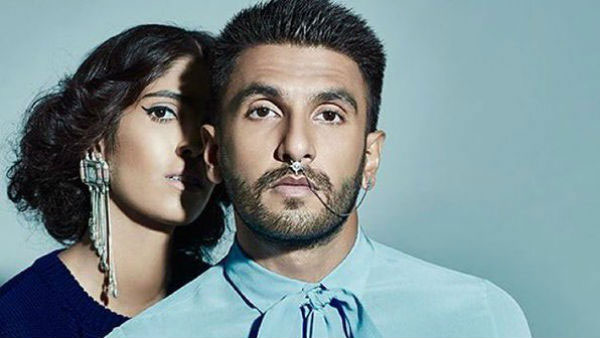 Now Ranveer Singh will be seen in Aditya Chopra's 'Befikre'. This will be the first time that Aditya Chopra will direct the film without Shahrukh Khan. This film will release on 9 December. Right now, Ranveer destiny is on the peak. His Bajirao Mastani lest behind Shahrukh Khan's Dilwale. Now Aditya Chopra is going to direct him.

Bolllywood has made 2016 the years of Biopics and Sequels

Aishwarya and Salman Khan to clash together on Television this weekend