Akshay Kumar has thanks the audience for the success of his movie Airlift. Raja Krishna Menon directed film was released on 22 January. Film collected more that 12 crores on it's first day. Whereas on second day the film collected 14.60 crores, by this Box Office collection of the film in 2 days is 26.95 crores. 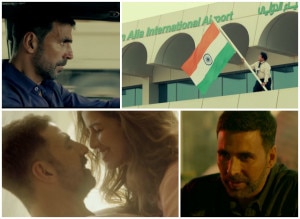 This film is based on the Indian stuck during Iraq-Kuwait war and getting them out of there. Akshay on Sunday wrote, 'I don't know what to say thanks for showing your love and appreciation for Airlift. Nimrat Kaur and Poorab Kohli is also playing an important role in the film. Even Nimrat also thanked for the film. She wrote, 'Thank you very much for you love. I am feeling lucky.'

Himant had to empty the house after courts order